Neighborly homes is both a noun and a verb. It is the term that best describes how homes fit well together. This term is that additional sense that we all have to know that the street is right. It is the urban design equivalent of the term umami from the food world.

Neighborly homes is a term first coined by Habitat for Humanity in their national Pattern Book for Neighborly Housing. This body of work was completed through a grant in partnership with the Institute of Classical Architecture and Art and Urban Design Associates. The Pattern Book took on the challenge of explaining how to build new infill housing.

It is quite a challenge to explain to two generations of suburbanites that it is ok to have variety on a street. It is a relatively new idea that a community or street would be composed of one house type, and constructed by one builder. Traditional neighborhoods are aggregates composing a whole. 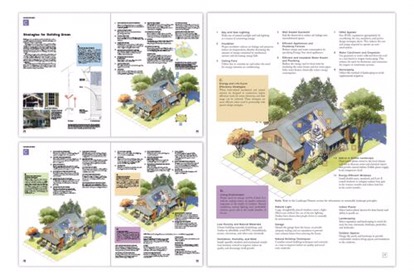 The Habitat for Humanity Pattern Book simplified the issue into an easily understood idea. There is no complexity in the idea, and therefore it is understandable to a large audience. Neighborly Housing is both a positive and desirable outcome for a community.

Neighborly homes include a variety of housing types of similar form. Its not about density, but about design. The American Urbanism Studio provides the opportunity to see this in American Cities.